Block trackers on your whole device. Route all your traffic through the Tor Network. All with one swipe.

Hundreds of hidden trackers follow your every move online. Every move you make on and offline is being logged and reported.

We take your privacy very seriously.
Our site & apps use no tracking technologies whatsoever. No Cookies. No Trackers. No Spyware. No Analytics.

TulaByte acts as a firewall, blocking trackers and badware before information can leave your device.

Ditch your VPN. Hide your IP by routing your whole device's traffic through the Tor network.*

*TulaByte is not associated with the Tor Foundation, but is appreciative of their work.

Track your trackers. Find trackers in the real world with TrackMap.

Control who's allowed to take information off your device with simple, customisable lists.

Our business model is simple.We charge a subscription fee once a year and work only for our users. No Ads. No Affiliate Marketing.We are completely user funded.

*A single Apple ID will let you use the service on all devices associated with that ID.

To let you know when we launch other products that help with your privacy. No spam. No selling your email address to anyone.

At TulaByte, we're proud to be completely user funded. That means we only work for you. Thank you for your donation. We highly appreciate your assistance. Together, we can help in bringing about a balance to the digital privacy space.

If you need support or if you just have some questions, you can contact us at hello@tulabyte.com or fill out the form below and we'll get back to you.

We're the first to admit that we don't have all the answers. We're just a small, two person outfit from Australia doing something about an issue we feel strongly about. But we do have some of the answers. Hopefully, they're of use to you too.Our aim is to create a universal tool for all things privacy. An easy-to- use, one-stop, cost-effective solution, funded by users and run for users.

The present state of affairs in the digital world, as far as personal privacy is concerned, is heavily skewed in the favour of big corporations.This is because traditionally, privacy has always been thought of as protecting the individual from the state. No one else had the wherewithal to intrude on personal privacy in quite the same way that the state can.All that has changed with the advent of the Internet.Now, big companies have access to our private affairs to a degree that was unthinkable just a few years ago. 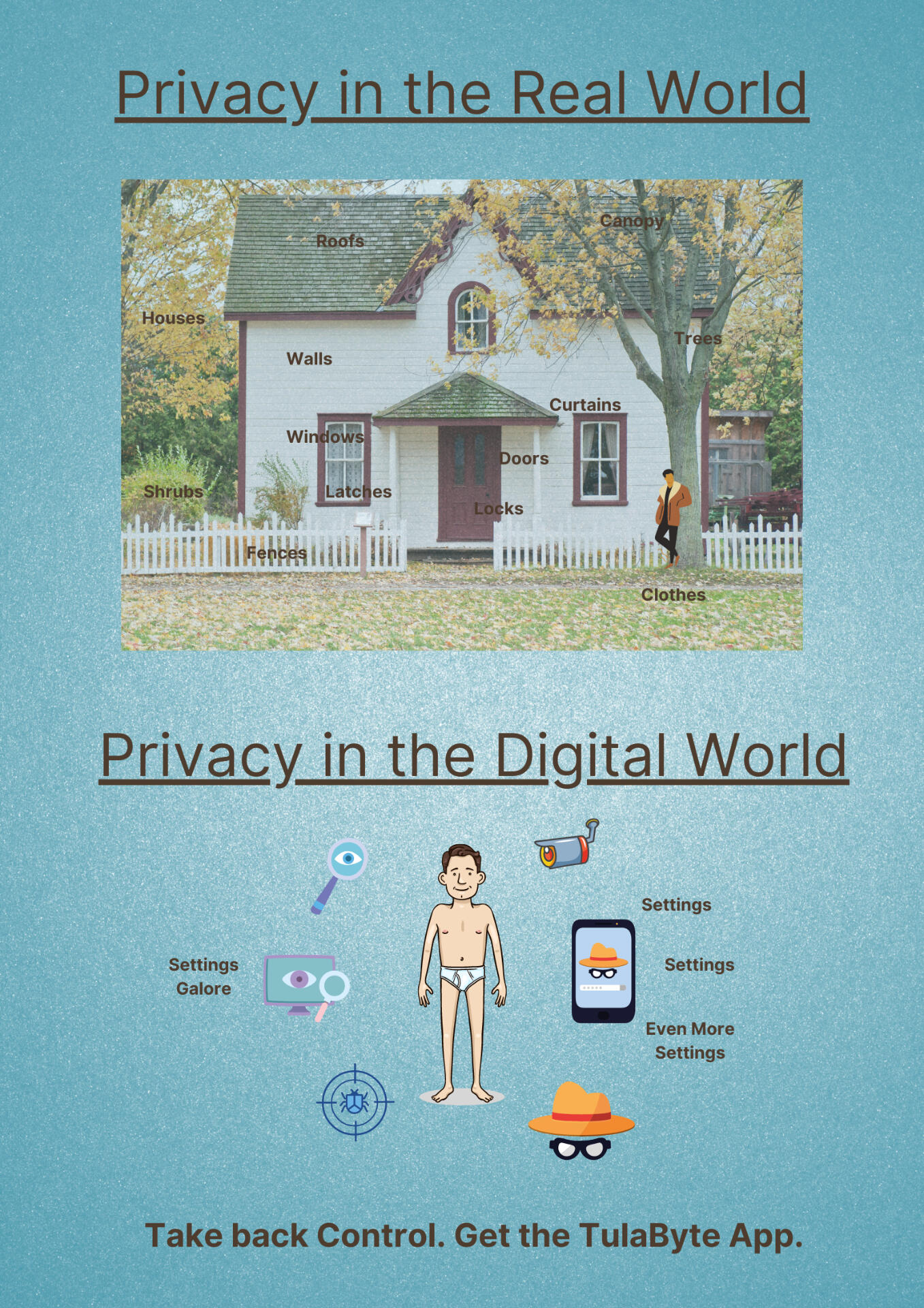 How lucrative is this mass surveillance?

Why has this state of affairs come about?There are many reasons but two main ones stand out.First, most ordinary users of the internet aren't aware that they're being surveilled, or don't appreciate the scale at which it's happening.You can't change what you don't know about.By change, we mean taking concrete steps to do something about it. For example, get your government to pass laws to restrict this mass surveillance, or download tools to stop it happening in the first place.Second, no one is making any tools that allow ordinary people to do anything about it.

At TulaByte, we're in the same boat as you. We're concerned about our privacy online, but despite being digitally savvy (we think), we could find no easy way to take some control of it.So we set out to do just that.Our aim is to bring about a balance in the playing field. We plan to do this by developing tools that will let us do this in the best & simplest way, at the cheapest price possible.To ensure that we ourselves don't become beholden to the same corporate interests, we're completely funded by our users. This means our efforts are supported by donations and subscriptions.We collect no data about our users, we've ensured that we can't, and nor do we ever want to.

The above Infographic tries to encapsulate where the digital world is today, and our vision for the future.Some of the ways we're looking to achieve this are shown in the infographic gallery below -